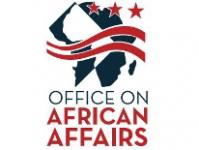 (Washington, DC) – Today, Mayor Muriel Bowser announced that the Department of For-Hire Vehicles (DFHV) has launched a pilot program intended to increase the number of wheelchair accessible vehicles (WAVs) in service and support accessibility for residents and visitors to the District. Under the program, top-performing taxicab drivers with WAVs are issued a Union Station Fast Pass to allow for priority entry to the front of the popular taxi line at Union Station.

“In order to build a stronger, more connected DC, we need to ensure accessible and equitable transportation options for all of our residents and visitors,” said Mayor Bowser. “This innovative pilot program is one way we hope to increase the number of wheelchair accessible vehicles in service to ensure everyone can explore all that our city has to offer.”

Launched on October 28, 2019, the Union Station Fast Pass Pilot Program aims to reward drivers who transport passengers in WAVs, incentivize operators to increase the availability of WAV service, and provide additional income opportunities. Since the pilot program’s launch, drivers have provided 1,096 rides, translating to almost $2,100 for each participating driver in additional revenue.

During the six-month pilot, DFHV will monitor the program’s efficacy to evaluate the potential for expansion. Drivers of WAVs transport both accessibility-challenged and able-bodied passengers. Currently, 280 WAVs serve about 36,000 trips a month.

“We believe the Union Station Fast Pass Pilot Program will give top performing drivers easier and faster access at Union Station – which is the busiest pick up and drop off location in the District – as well as encourage taxi drivers to increase the number of WAV trips taken,” said DFHV Director David Do.

In developing the program, DFHV collaborated with Union Station Redevelopment Corporation to review the operations at Union Station. While Union Station Investco, LLC (USI) is responsible for on-site management, DFHV inspection officers are deployed at Union Station to assist with managing the traffic flow and with the new priority lane for Union Station Fast Pass users.

The Union Station Fast Pass Pilot Program is similar to the best practices undertaken in Chicago and San Francisco, which resulted in increased earnings for participating drivers and improved availability and service to passengers who use WAVs.

Complete details regarding the Union Station Fast Pass are available at dfhv.dc.gov/AI-2019-06.