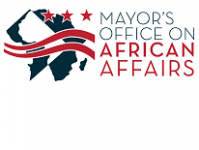 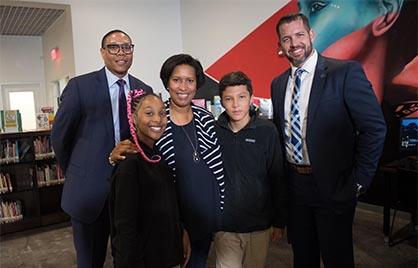 (Washington, DC) – Today, Mayor Muriel Bowser announced that the number of students enrolled in public schools in Washington, DC increased for the 11th consecutive year, reaching 94,603, with DC Public Schools (DCPS) exceeding 50,000 students for the first time since 2006, according to preliminary data released by the Office of the State Superintendent of Education (OSSE). These unaudited numbers show a 1.7% increase overall across DC – or 1,587 additional students – over last school year.

“The continued growth at our public schools is proof that if we listen to and work with the community, meet the needs of our students, and build the programming and the facilities that our students need and deserve – then families will come,” said Mayor Bowser. “We’re going to keep investing in our students and teachers to improve the quality of education and keep DCPS and our public charter schools growing for another decade to come.”

“The enrollment gains we are seeing year after year are a testament to the hard work of talented and dedicated educators and leaders in classrooms and schools throughout the District,” said State Superintendent Hanseul Kang. “We are excited about the continued progress we are making in improving student outcomes across the District, and that more families are choosing to enroll in our schools.”

Mayor Bower’s education investments include a $70.1 million increase in funding for the DCPS and public charter schools, including a 3% increase to the Uniform Per Student Funding Formula. The Mayor’s Fiscal Year 2020 budget included $4.6 million to provide a laptop or device for every DCPS student in grades 3, 6, and 9 – an initiative that is rolling out throughout the school year. Additionally, the budget included $1.6 million to establish Connected Schools in DCPS to serve as neighborhood hubs by providing wraparound services for students and families.

As the District’s state education agency, OSSE conducts an annual enrollment audit of public schools. The preliminary numbers above are based on a snapshot of data certified by local education agencies in October. This marks the beginning of an enrollment audit and certification process that takes several months and is conducted in collaboration with an independent auditor. Final, audited enrollment figures will be published by OSSE in early 2020.

* Note: State level enrollment subtotal does not equal DCPS + Charter totals due to student duplications. Duplications have been removed from the state level numbers, but may still exist at the sector level in these preliminary, unaudited figures.

**These figures represent preliminary data. Final audited enrollment figures will be published by OSSE in early 2020.